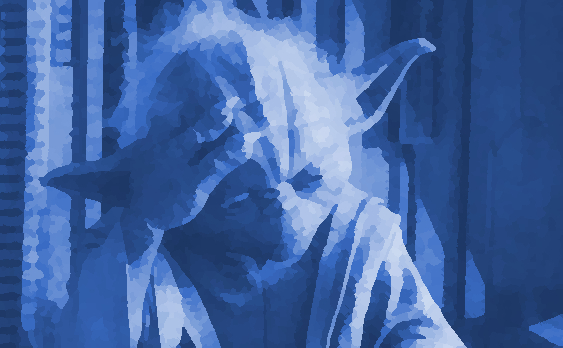 Some things can be prone to misunderstandings in this profession.

I think I didn’t realize about some of them until mentoring or receiving a question.

I made this mistake during a presentation in 2013:

It could sound good: deployment on a staging environment and delivering when publishing on a production environment. No, I was wrong!

Continuous delivery should be the next step after continuous integration.

Continuous deployment just happens when the automated pipeline doesn’t stop on the staging environment: every change follows the entire pipeline to the production environment automatically.

Martin Fowler warned about this misunderstanding in Continuous Delivery.

Let’s see these HTTP status code that are used to represent errors on the client side:

The 401 (Unauthorized) status code indicates that the request has not been applied because it lacks valid authentication credentials for the target resource.

And Hypertext Transfer Protocol (HTTP/1.1): Semantics and Content provides the description for the second one:

The 403 (Forbidden) status code indicates that the server understood the request but refuses to authorize it.

The first one is related to authentication and the second one to authorization.

So I would have preferred 401 Failed Authentication and 403 Unauthorized.

Another possible misunderstanding with HTTP status codes on the client side:

According to Hypertext Transfer Protocol (HTTP/1.1): Semantics and Content:

The 406 (Not Acceptable) status code indicates that the target resource does not have a current representation that would be acceptable to the user agent, according to the proactive negotiation header fields received in the request (Section 5.3), and the server is unwilling to supply a default representation.

The 415 (Unsupported Media Type) status code indicates that the origin server is refusing to service the request because the payload is in a format not supported by this method on the target resource.

I would have preferred 406 Unsupported Requested Media Type and 415 Unprocessable Request.

PUT is also used for creating a new resource.

According to Hypertext Transfer Protocol - HTTP/1.1

I also talked about it in RESTful thinking.

True and false on the command line

Look at this format of command:

It works in this way:

I realized about the following fact when explaining it:

Shells include built-in commands like test which is playing in this case:

test returns a status of 0 (true) or 1 (false) depending on the evaluation of the conditional expression expr.

would be equivalent to:

On the other hand:

would be equivalent to:

int is not the only integer data type

If a programming language provides a data type named int, it can be thought as the only integer data type. I realized this when mentoring a friend.

The data type names start with lowercase in Java.

What about CLI-based programming languages?

I like the second one when the number of bits is added together int.

When I learned this code smell that appeared in Refactoring book, I received an example of a function with several String parameters:

The fix consisted on replacing String type with user-defined types for those parameters.

However, the code smell is called primitive obsession and String is not a primitive type:

The String class is not technically a primitive data type, but considering the special support given to it by the language, you’ll probably tend to think of it as such. Java: Primitive Data Types

And this code smell is widely explained with String type. Even WikiWikiWeb relates primitive obsession with NoStrings.

On the other hand, this code smell could apply to any built-in type of a programming language. For instance, it could happen with a built-in collection type.

So I would have preferred the name obsession with built-in types, primitive or non-primitive.

CREATE VIEW doesn’t actually create a view as could be expected but a query that will be run every time it’s referrenced.

A view is actually created by CREATE MATERIALIZED VIEW, when supported by the DBMS, or other SQL sentences to materialize the view.

I would have preferred CREATE QUERY and CREATE VIEW, respectively.

Did this situation happen to you? Receiving a notification about a comment or a message, reading the text, thinking about it, opening the corresponding tool to answer and finding an entirely different text. The user edited the text after submitting it. And sometimes the message was edited more than 5 times afterwards.

What about this other one? Reading a message, coming back after a few minutes and that message was edited with a long list of items. There is no guarantee that those additional data will be read.

I’m always warning people around me about it.

Should communication tools allow us to edit the messages?

It seems they are doing their best in this sense:

Could they do anything else to avoid these misunderstandings?

Maybe adding a warning message when a user is going to edit an existing message:

The initial message has already been read and notified. Please, consider writing a new message to avoid possible misunderstandings.

However, it’s one of the most requested features.

Why not delete the tweet and create a new one?

Maybe too many steps: copy, delete, new, paste, edit the text, and submit.

Ok, why not add a Fix button to simplify that task?

Just three steps: fix, edit the text, and submit. Internally, it would be like creating a new tweet from a template and keeping the id of the initial tweet to delete it. In other words, deleting and creating at the same time instead of updating.

You retweeted, liked or replied these fixed tweets:

Could the communication or project management tools follow the same idea?

Does this issue come from developers because we are always thinking about CRUD operations? What if one of them isn’t appropriate for a certain tool?

« Home page Rereading The Cathedral and The Bazaar »