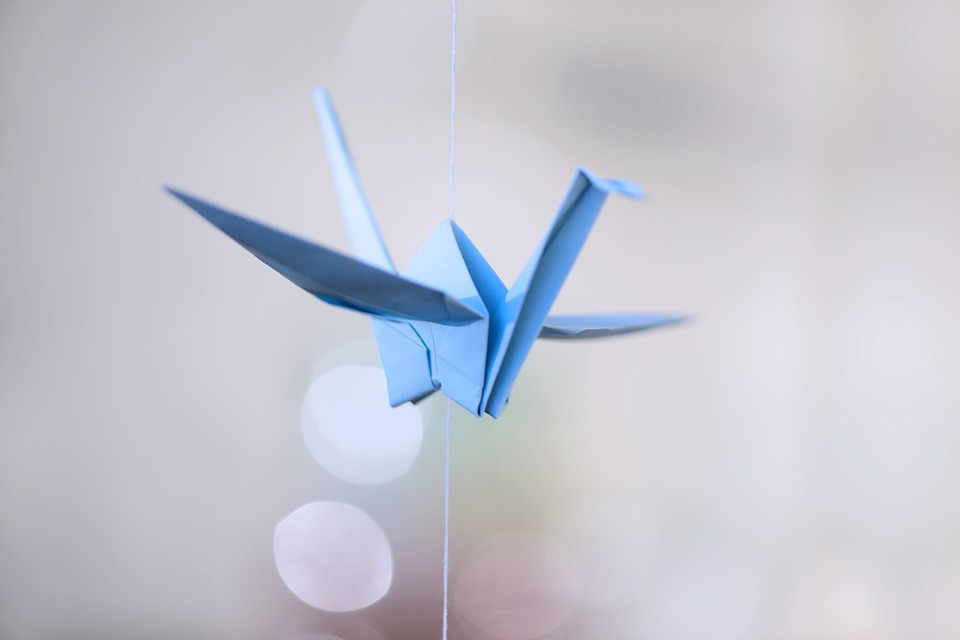 The title comes from Marie Kondo’s recommendation about feeling if an item sparks joy to keep it with you or to discard it.

When I heard about functional programming I decided to continue learning about it. Why? Let’s see some reasons.

I agree with Scott Wlaschin when he says that functional programming is not scary but unfamiliar. It has a mathematical basis and is full of new concepts.

However, the more you know about functional programming and working examples, the more advantages you notice in the paradigm.

Moreover, I think it can be interesting to start practicing with a known and non-purely functional programming language before moving to another one.

One of the objectives is to have pure functions.

A pure function works as follows:

This image appears in my mind:

So it has these properties:

Referential transparency is a simple and powerful concept: Can I replace this function call by its result without altering the program behaviour? Why? Can it be simplified? Would it be necessary to compute that function call every time? Could some results be memoized?

My Dutch uncle who is now retired and always worked very near developers told me:

I’ve heard that one of the problems in software development is that source code includes a lot of details and we should program at a higher abstraction level.

I think it’s useful to explain this section.

Functional programming is declarative: it doesn’t reveal details of implementation.

For example, imagine that we have the following function:

and we want to know if an array only contains even numbers:

The onlyContainsEvenNumbers function is an example of imperative programming: it includes a lot of details to indicate how to get the goal.

However, compare it with this alternative where an expression is used to describe what to get:

If fewer details are given then: less prone to error and easier to read.

In this case, less tests would be needed because the every function is known to work as expected.

Note: The "point" of pointfree style is not . but a point on a space. f(x) can be read as "the value of f at point x". So pointfree style consists on not specifying the parameters to avoid redundancy.
Note: The function isEven is an example of predicate, a function that returns a boolean value.

How many times have you seen a call that modifies the arguments when only an output is expected as a result of that call?

What if the immutability is ensured?

For example, we have a function to calculate the square:

and we want to calculate the array of squares from an array of numbers:

However, let’s see the following code:

In this case, we get the same result and the numbers array remains with the same content at the end.

This is only an example. Immutability is pursued beyond arguments.

The consequences of immutability are testable and parallelizable code.

Note: The map function doesn't only return an array with the same type of items. It accepts a function from the original type to any type.
Note: Moore's law established that the number of transistors on integrated circuits would double every two years. However, the limit was reached for the year 2002. Later, multicore processors appeared to keep the speed increases. Parallelizable code is the only way to take advantage of them.

On the other hand, we can find impure functions in JavaScript like sort:

The numbers array is mutated.

In production code, I would think about these questions: Where do I need to sort an array? Do I have a lot of functions with an array as a parameter? Should I have to create a new data type?

Note: However, programs usually change the outside world. In that case, what if mutations are isolated in a specific part of the source code?

In JavaScript, a function is a first-class citizen:

I included examples of every and map so far. Let’s see examples with filter and reduce:

The power of having functions as first-class citizens and creating higher-order functions promotes the separation of responsibilities and readability.

Functions can be composed into a new one.

When following the definition of composing two functions, the functions appear from right to left because the output of the first function is the input of the following one. 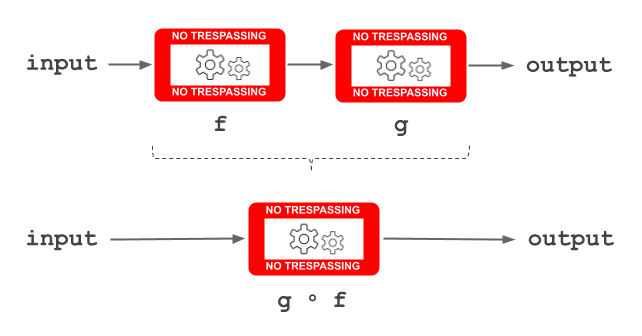 For example, the sumOfSquares function:

However, there are other two ways of composing functions where the functions appear from left to right: pipe or chain.

For example, let’s see the sumOfSquares function as a pipe:

or as a chain:

Note: I only included examples of composing two functions for simplicity though there is no limit.

In functional programming, iteration is usually programmed with recursion so it’s important to control the growth of the call stack.

How? Reusing the call frame instead of adding a new one.

The stack trace for factorial(4):

On the other hand, the same function as a tail recursive function:

The stack trace for factorial(4):

That’s the reason why it’s possible to reuse the call frame: there is no need to remember the previous calls.

However, the last factorial function could be called with an argument for the accumulator parameter from the beginning:

So let’s prevent that error and create an alternative with only one parameter and a closure:

Currying consists of converting a function with several parameters into nested unary functions (unary = one parameter).

For example, we have this function with two parameters:

It could be transformed into two nested functions:

Moreover, the need of writing "ERROR" and "INFO" every single time disappears.

I tried to write my own curry function to convert any function into those nested unary functions automatically. The original function can only be called when having all the arguments, so I needed to accumulate the arguments recursively (arity = number of arguments expected by a function):

Note: My own version doesn't work like the curry function that can be found in libraries such as Lodash or Ramda which add more capabilities.
Note: In languages such as Haskell or F#, all functions are considered curried.

Partial application consists of doing a projection: specifying only some arguments in function application, producing another function with the remaining parameters.

For example, let’s play with the partial function from Lodash, using an underscore for the unknown arguments:

Note: Beyond the included examples, currying and partial application are useful to be able to compose functions.

Last but not least, all of these things (and many more!) make us to think in a different way:

A new mindset is needed to embrace functional programming.

Some words which weren’t used here although they can be useful to understand other articles:

Special thanks to these old colleagues:

Image by Anke Sundermeier from Pixabay