The usefulness of small 'crazy' ideas 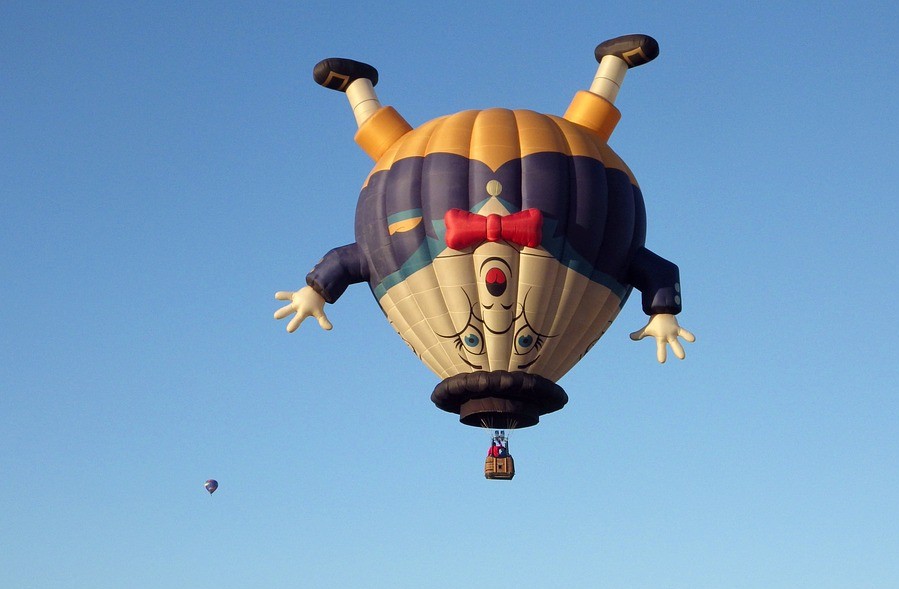 It wasn’t the first time I met someone who was worried about GitHub contributions panel.

A friend of mine was too much worried about it. Too much… and my words weren’t useful.

I needed to come up with something to make an impact on him.

So I programmed a small script to create a space invader in an empty year or whatever he liked.

See the full script and all the details in Space Invader GitHub repository.

Result: It worked! It made him reflect.

Note: When sharing it in Twitter, someone mentioned this project: gitfiti. I didn't know it though I understand my idea wasn't unique. The goal is very similar although the way to get it is different and it's based on GIT_COMMITTER_DATE to change the date.

Saying goodbye to an awesome colleague

A colleague was going to leave the company and he had been a very important person for all of us.

I then created a Slack channel as a tribute to write all the things we had learnt from him.

That Slack channel was very beautiful and I wanted him to have it forever.

So I programmed this small tool to create a PDF from a Slack channel based on Slack API and Latex.

Result: He loved the idea.

I was helping as an event organizer and it was necessary to schedule tens of tweets.

I was added to Tweetdeck and I thought that I could simulate the user actions to schedule all the tweets after being logged in.

So I opened the Web Console and I created this function to schedule a tweet at 10:30 by default:

And then I only had to program a script to get a list as follows:

I wrote that list in the Web Console and after 3 seconds I saw how all the tweets were scheduled in the same way I was doing that work with the web interface (maybe it wasn’t necessary to wait for 3 seconds between them).

Result: I had all the tweets scheduled after a couple of minutes.

I was going to join another team in a client as a software craftsperson (a mix between a developer and a technical coach). It was a special situation and I wished to have a good start.

I organized a meeting a few days before joining as a first contact to meet each other. I wanted to know their concerns and wanted them to have an idea of all the things that we could get together.

I tried to come up with something different to the use of post-it notes in order to have a pleasant meeting and to promote the participation.

Why not to write the questions and the list of things I wanted to talk about in a long paper roll?

Oh no, that’s a crazy idea!

I didn’t have time to buy a paper roll so I made it from five Din A4 sheets of paper.

I cut each sheet of paper in three pieces and I joined them with a little of adhesive transparent tape. 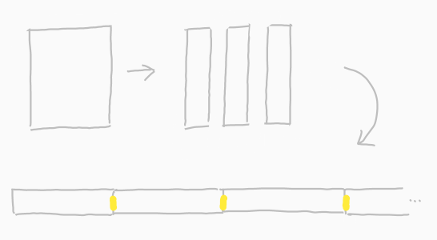 My thoughts again. Oh no, that’s a crazy idea!

I wrote all the things in the new paper roll, leaving room to take notes.

I was ready for the meeting.

And the time of the meeting arrived.

I unrolled the paper.

More than four meters of paper. 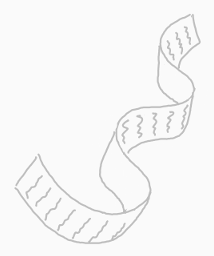 As we progressed on every issue, I cut the corresponding piece of paper. 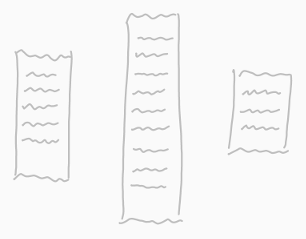 And I placed it in one of the two stacks of paper: done or to review (with additional notes).

The paper roll was more and more short.

Result: There was an agreeable atmosphere during the meeting and I got a lot of information about the team and their concerns.

Corollary: It's said that sometimes we create things from our memories. My maternal grandfather stored things from his old tailoring. A lot of paper rolls for the purchase receipts, among others. I played with those rolls a lot of times when I was a child.
« Functional programming sparks joy RESTful thinking »